Netflix has once again outdone themselves with a record breaking documentary of one of history’s most notorious killers—Jeffrey Dahmer. The series, titled Dahmer – Monster: The Jeffrey Dahmer Story, has risen to fame with Netflix’s “Top 10 List Worldwide,” and is continuing to amaze fans, securing a spot on the streamer’s “Most Watched Series of All Time” list. The true-crime documentary showcases the violent nature of Dahmer’s killings as well as how society shaped his character and personality.

The series starts off on a chilling note with Evan Peters, portraying young adult Dahmer, committing his first crime. The graphic nature of this content rapidly progresses as Dahmer’s obsession with morbid photography becomes apparent and his compulsion to kill becomes consuming. Director, Ryan Murphy, truly showcased the psychological side of this horror case with an amazing performance by Peters. Everything from the gore to pathological lies was methodically planned and phenomenally executed.

Throughout the course of the series, there are several flashbacks to Dahmer’s childhood, each connecting his current mindset to challenges he faced in school, with peers, or with his parents. One of the major sequences repeatedly emphasized was his mother and father’s divorce. When Dahmer was a minor (17 years old), his mother and father split up; his mother took his younger brother, leaving Dahmer in the care of his neglectful father. Following that, Dahmer’s life choice progressively declined; he flunked out of college, was discharged from his position as an army medic, lost several jobs, and was moved around between his father’s and grandmother’s homes until he eventually found his own place. The dramatic array of events encapsulates Dahmer’s growing alcohol addiction, which was a key factor in his kills.

Drinking was Dahmer’s release, a comfort of sorts when he knew he couldn’t rely on anything else. Personally I think the character spiral since Dahmer started drinking was a great addition to the series and really elevated the depth of Peter’s character. Murphy did a really good job at showing the full spectrum of how influential alcohol was when mixed with clinically diagnosed social ineptitude and dysfunctionality. Not to mention, between elements like this and the acting, the events and characters in this series truly mirror those involved in the real Dahmer case.

Dahmer’s personality throughout these scenes was captured with unsettling precision, as his monotone voice and alarming facial expressions became a trademark of the series. From the reactions to Dahmer’s crimes to the portrayal of a broken family, this documentary did an outstanding job sticking to the realistic side of this case.

On the topic of realism, and trending issues during that time, the racial prejudice and inequality were meticulously planned and well thought out. The combination of Niecy Nash’s (Glenda Cleveland) acting as well as the performances of side characters like DaShawn Barnes (Rita Isbell) captured the essence of what life was like for Black people, Latinos, and Asians during the 1970’s-1990’s. Truthfully, I would not be surprised if this series was nominated for an Oscar down the road.

Now that’s not to say that this series didn’t over glorify the tales of what occurred in Dahmer’s house. Critics argued that the production of this series exemplified a lack of respect for the victims of Dahmer, as well as idolized a murderer in American history. Most articles I’ve read up on have a similar consensus, and honestly, I agree. No empathy or sympathy for the victims, just entertainment that brings in cash. Although pictures of Dahmer’s victims were shown in the last episode, the series could have done more to honor them and highlight their lives, not necessarily their gruesome deaths.

“I think social media and Netflix, combined with a big-name producer and actors, really amplified [Dahmer] more than I’ve ever noticed it before. [Dahmer] has never been a meme before,” Eric Perry, a relative of Dahmer victim Errol Lindsey, told the Los Angeles Times. “We’re all one traumatic event away from the worst day of your life being reduced to your neighbor’s favorite binge show. And most importantly, if you’re going to create something that uses real-world people and experiences, you should at minimum contact those people out of respect.”

In addition to that, Rotten Tomatoes ranked the series at 52% on their “Tomatometer,” with critics arguing that, “While Monster is seemingly self-aware of the peril in glorifying Jeffrey Dahmer, creator Ryan Murphy’s salacious style nevertheless tilts this horror story into the realm of queasy exploitation.”

Considering the acting, plot, elements like character development and realism, I would rank this a solid 7/10. There was potential in several scenes to show more about what went on in Dahmer’s childhood, as well as how his mindset truly progressed to killing. There was so much potential for Murphy to go more in depth with that, as well as the background of all of Dahmer’s victims—how long they interacted for, how he lured them in, what about them drew him in.

Aside from that, everything else was captivating, and left you on the edge of your seat wanting more.

Overall, this cryptic and horrifying series is perfect for true-crime lovers. It has the same gore level as NCIS or Criminal Minds with psychological comparisons to Conversations with a Killer or Extremely Wicked, Shockingly Evil and Vile. Netflix is currently the only platform offering this series, but watch out for future expansion in entertainment services. 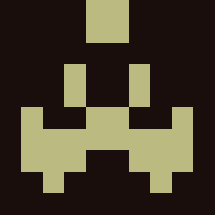