It’s not every day you see a mouse running around a school, but this year mice have been spotted causing chaos around Woodland. In various places, some staff and students have watched mice scamper by or found evidence left behind of mice.

During this school year, there have been more mice sightings than usual.

Principal, Kurt Ogren, recalls that he has “been at Woodland for eight years, and have visually seen two mice in the eight years.”

But this year has been different, with at least seven sightings of mice or evidence of mice. At the start of the school year, the girl’s swim team had some incidents with mice.

“I think the first time was during the middle of the season, so it was probably in October,” swimmer, Liana Demirs explained. “I remember we were walking back from the pool after practice, and then you just hear everyone start screaming.”

“Brooke Reilly was like ‘I just saw a mouse,’ and she pointed toward one of the lockers, and you just see it running through all the holes in the lockers, from locker to locker,” swimmer Sarah Cooley added. “And then we got all the granola bars out of the community locker with all the stuff that we share in it, and there were half-eaten granola bars that were ripped open.”

Later in the season, the girl’s swim team had another incident with a mouse, but this time it was swimming in the pool before practice.

“The one in the pool we put outside,” Demirs included. “We wanted to make sure it was okay.”

Come February, the mouse sightings around the school seemed to be more common. After returning from break, teachers ran into some troubles with mice eating whatever it could find and leaving behind droppings.

“I had some cables left out on my desk after we shut down. They had actually eaten some of my iPad cables, and I know it was mice just because there were little chiclets left behind,” Hawk Headlines Journalism advisor James Amato explained. “I just saw that they must have gone up and down my cabinet because when I was cleaning my pictures, I was moving them out of the way so I can get the dust off, there were some chiclets, too.”

On the other end of the second floor, Morgan Rossignol ran into some mice issues in her office.

“A couple of weeks ago, during midterms, kids had snacks from the PTO. I saved a Rice Krispy Treat because I never have them. The next day, disgusting, it was destroyed. That day I also noticed that they got into my emergency cup of noodles. So I cleaned everything out, wiped everything down,” Rossignol said. “They hadn’t messed with the ketchup or mayonnaise, or any of my candy or anything, but then I came back, and after the long break, all of that had happened.”

Along with these incidents with the mice, Rossignol added that other teachers in the office had similar issues.

“One of the other teachers had a canvas bag full of candy, and it got totally chewed through, and there was mouse poop everywhere,” Rossignol said.

Later on that same day, a mouse was spotted by students in class in the art wing.

“We were in Graphic Design, and out of the corner of my eye, there was a small mouse that came out from Mr. [Christopher] Misuraca’s desk, and ran across the room,” senior Jason Ripley explained. “Some people were confused because I don’t think they’ve ever seen a mouse in school.”

Along with this, a mouse was sighted in the art wing at another point that day.

“Mrs. Lengyel took a photo of a mouse on Wednesday, so that was probably the same mouse that you saw in Mr. Misuraca’s class because it was down in the art wing,” Ogren assumed.

Despite all the animal sightings, Ogren feels there is no need to be concerned. With the harsh drop in temperature and the large accumulation of snow, it is natural for mice to find warmth. The farms, parks, and fields in the surrounding area of Woodland’s campus are natural places for mice to live.

“It’s cold outside, and the Woodland campus is definitely in a wooded place. There are plenty of trees and things like that. It’s the mouse’s natural habitat, right outside of our school,” Ogren explained. “And they’re so tiny, they can get under the slimmest of a gap underneath a door. A mouse that’s cold and looking for food is gonna go underneath that door, and try to get inside.”

“The other thing with our building is we’re built on the side of a hill, so if you have a traditional building that’s three stories, you’re probably not getting mice on the second floor or the third floor,” Ogren added. “In theory, we could have mice on any floor because it’s ground level. If they’re cold, I can see them trying to get in wherever they can. The other thing is, think about how many doors there are around the building. [Mice are] tiny, and all it takes is that one little crack underneath, and they’re getting under there. There are ways to get in if you’re a mouse and you’re hungry.”

Mice will inevitably get into buildings.

According to the Center for Disease Control and Prevention (CDC), “Mice can squeeze through a hole the size of a nickel… If you do not remember to seal up entry holes in your home, rodents will continue to get inside.”

The CDC website provides tips to prevent mice from getting into buildings, including sealing up possible entryways and eliminating potential food sources.

Ogren agrees and encourages staff and students alike to be mindful of their food.

“We try to encourage teachers, don’t leave food lying around. If you have something, it’s all sealed,” Ogren explained. “A plastic container that’s sealed would prevent any [mice] from being attracted.”

Ultimately, the mice are in search of warmth and food sources, which are so difficult to find in the winter conditions.

Although the mice sneaked into Woodland’s campus, Ogren assures staff and students that the school is still a clean and safe environment.

“I don’t think that reflects negatively on our building being clean. I do think that our custodial crew, both in the day and the night, do a great job,” Ogren said. “I think they’ve really had to step things up during COVID, to keep everything and everybody safe. We have a really good crew, and I think they do a great job, so you know I wouldn’t want a mouse being in the building to reflect negatively on the job that the custodial crew is doing. I really appreciate what they do.”

Along with this, if the mice issues prevail, Region 16 has a contract with Terminix, a pest control company.

“If it was like a serious problem, like a legitimate problem, then our facilities director would be involved and probably be calling Terminix,” Ogren explained.

All in all, Ogren doesn’t see mice in the building as an issue. Although the mice have caused issues with teachers’ possessions and startled some students, Ogren reminds everyone to stay calm.

“I don’t think it’s a widespread issue. If something happens, just report it, and certainly don’t be afraid of the mouse.” 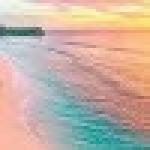 Who Are the Three O’Clock Losers?