Paul Geary and Chris Decker, Woodland teachers, truly go the extra mile when providing additional resources for their students. They run ‘The 181 Podcast’, which caters specifically to students and staff at Woodland Regional High School, due to the fact that it is run by two of the faculty members.

The podcast focuses primarily on historical events and literature, because Geary is an english teacher and Decker is a history teacher. Some of the topics it has touched upon include the Salem Witch Trials and the controversial redesign of the 20 dollar bill. According to Decker, this season the podcast will be “a supplement that goes along with [Geary and Decker’s] classes,”; however, both Decker and Geary expressed interest to expand onto topics that are relevant among the student body.

Episodes are be dropped individually throughout the year and are uploaded to their schoology group, called, “The 181.” Episodes from season one can be found on SoundCloud, from the account, “The 181 Podcast.” These episodes are only about thirty minutes long, so they can be enjoyed without boredom from listening for too long. The episodes on SoundCloud average about 56 views each, and their most viewed episode has 112 views.

[pullquote]“Much like Drake, [the episodes] draw in an [broad] audience,” Geary explained, with both students and faculty members as active listeners.[/pullquote]

Familiarly, the podcast is recorded on the same software that students use– Soundtrap. Both Geary and Decker use Soundtrap for the editing and recording of their episodes.

The 181 is a great way to understand topics from history classes, or to learn more about events and literature from the past. Make sure to tune in for the next episode. 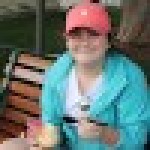 The GSA- What They Are Grateful For